Patron Saints
Saints are individuals who, by the way they lived their lives, soared to the limit of their humanity. They gave witness to a deep faith and devotion. Among them were simple people who exhibited a greatness of the heart and extreme dedication. Also among them were famous and distinguished thinkers, reformers, social activists, artists, and even politicians. Their lifestyles are no longer visible in today’s modern world, but the values for which they stood are timeless. Our faith in the intercession of the saints is a trust that they can serve as mediators between ourselves and God and help us in our daily lives.
A patron saint can achieve that status in two ways. One is a democratic process when the saint is chosen by the people. The other is “official” done by papal decree. Although they have left this earth, they are not at rest because those that view them as patrons unceasingly request their intercession.
Our personal patron saint is the saint whose name we bear. At the moment of our baptism we were placed under his or her protection, whether our parents chose the name based on the saint’s virtue or otherwise. We can all chose a patron saint as well, whose life we value and via prayer can obtain his or her favor or goodwill. Some of us make this choice “official” when we choose our confirmation name. We implore certain saints in specific life situations.
The most busy saint is more than likely St. Anthony of Padua, to whom we turn when we lose something—usually, our keys! The old Polish custom requires us to say three times, “Swiety Antoni, niechaj bedzie Twoja chluba, niech sie znajdzie moja zguba.” In hopeless situations, we turn to St. Jude Thaddeus. There is a whole battery of heavenly “health services” as well. St. Cosmas and St. Damien are the patron saints of doctors, surgeons, and pharmacists. St. Hubert, the patron saint of hunters, is called upon to protect us from rabies. The martyr St. Apolonia has taken under her wings all that suffer from toothaches. St. Roch, St. Valentine, and St. Sebastian protect us from plagues and infection. The not-so-popular and quite unknown Saint Bewignat is the patron of the rapid healing of wounds. When we have problems with our eyes, we pray to St. Lucy.
Headaches are taken care of by St. Otilia, and St. Leonard prevents us from being overweight. Those who are not “morning people” and have difficulty functioning in the morning should pray to St. Vitus. St. Matthew, prior to being named a saint, was a customs officer, and as such, he is the patron of that segment of the workforce. St. Eligius watches over goldsmiths and St. Crispin over shoemakers. He distributed shoes that he made himself to the poor. St. Spiridon, a shepherd who still tended to his flock even after he was made a bishop, is fittingly the patron saint of shepherds. St. Zita is the patroness of cleaning ladies who herself was a servant for 48 years. St. Francis (Salesian) is the patron of newspaper reporters, and St. Dominic Savio helps to insure that students pass their exams.
Countries have also adopted patron saints as well as individual cities and villages. St. Adalbert is Poland’s patron saint. In Lithuania, it is St. Casimir; in the Czech Republic, John Nepomucen; and in England, St. George. The Germans chose St. Boniface, the Irish St. Patrick, and the Norwegians St. Olaf. As the world changes, so do the “duties” of the saints. St. Isadore was and is the patron of the Croatian city of Cres but now he is also considered the patron of computer programmers and internet users. St, Isadore held a doctorate and wrote many treatises and works, including the precursor of the modern encyclopedia. He systemized the bank of the world’s knowledge at the time, an early ancestor of today’s database.
In 1962-1965, the Vatican Council examined the lives of many saints in the Catholic calendar. The result of these studies was the “demotion” of nearly 200 saints from the church calendar by Pope Paul VI. The church, in the absence of concrete factual information, now treats the accounts of the lives of these saints as legends. Among those losing their official saint status were Barbara, Christopher, Paul, Valentine, John, George, and Nicholas. But we still give children gifts on St. Nicholas Day, and miners still pray to St. Barbara. The Vatican ultimately sanctioned devotions to these “non-saints” among the faithful.
We can spend hours naming all the saints. Practically every aspect of life is covered by a saint’s protection, and there are several thousand saints. Their portraits and images can be found in every church and roadside chapel. They are painted on cloth and wood, carved in stone and sculpted in wood. The lives of the saints have served as an inspiration for both the great artists of our times as well as the unknown creators of folk art. Hagiographic iconography holds a special place in the art world and familiarizing ourselves with these works of art draws us to a closer relationship with the saint and his or her message.
In conclusion, the celebration of name days is an ancient Polish tradition which is rapidly disappearing in Polish communities abroad. Reviving this tradition would have a positive influence in fortiffing our Slavic and Polish identity and provide the opportunity to spend quality time with our friends and family and eating the foods we knew in our youth.

List of Saints and Blessed in relations to their name date

In the list below, you can check whether our ancestors received the name they “brought” or when they celebrated their name day. All names and abbreviations are faithful reproductions of the record in individual calendars. However, it should be taken into account that the liturgical calendars changed from time to time and were influenced by local cults.

List of saints days according to different calendars based on the following calendars: 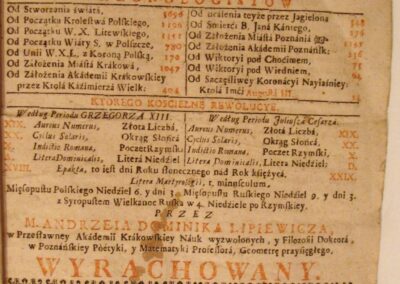 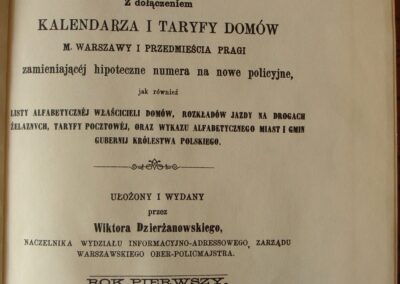 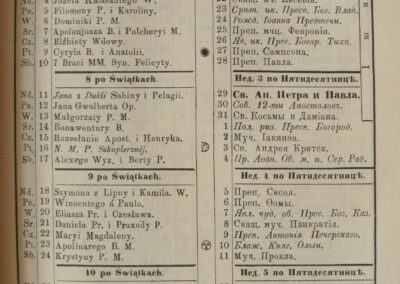 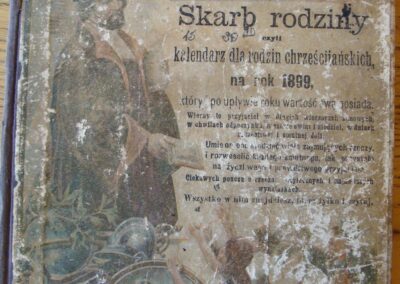 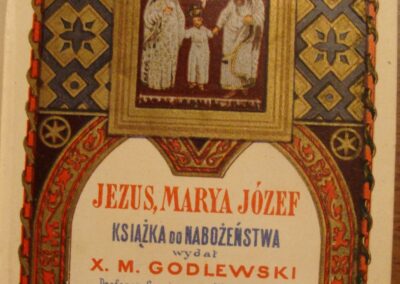 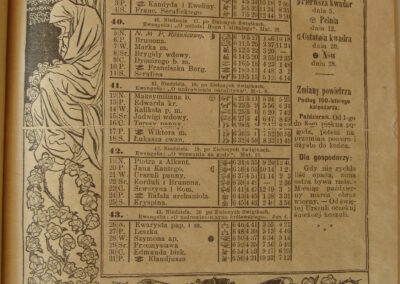 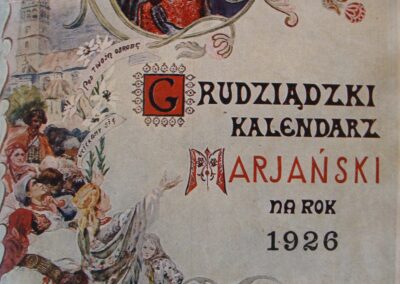 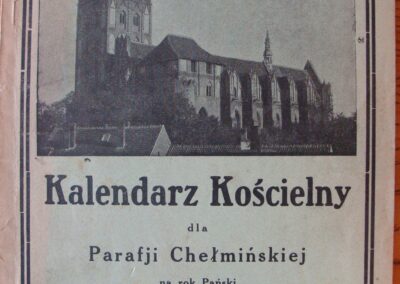 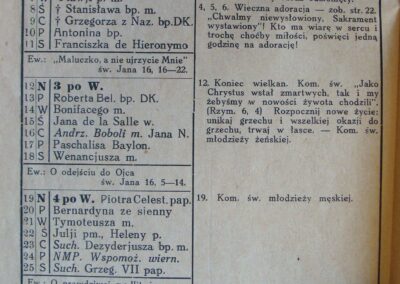