The cemetery was indexed in 2009. Scroll down to review the index.

Cemetery by the church. On the western section, you will find a nondescript chapel built in 1992. Standing in the center is a wooden cross, etched with the date 1989. The cross was restored in 2004. On the left, before the church entry, you will find a bell tower constructed of metal with a slate-covered roof. The entire terrain is surrounded by wire fencing. The main gate, side gate and small side gate are made of metal. The perimeter fencing was built in the 1980’s and 1990’s. There are no tall trees within the entire cemetery grounds. Outside the cemetery territory, on the north side, a cement-walled dumping ground is found, as well as a typical rural restroom. There are 534 tombstones in the cemetery, with one above-ground tomb. You will find both single and double headstones. The oldest grave is marked with a headstone dated with the year 1887. The church Pastor, priest Józef Kortas claims that the gravestone is not located at the exact burial site, yet the original location is not known to him. The earliest dated deaths are from 1919, 1929, 1931, as well as graves most likely from somewhat later years. 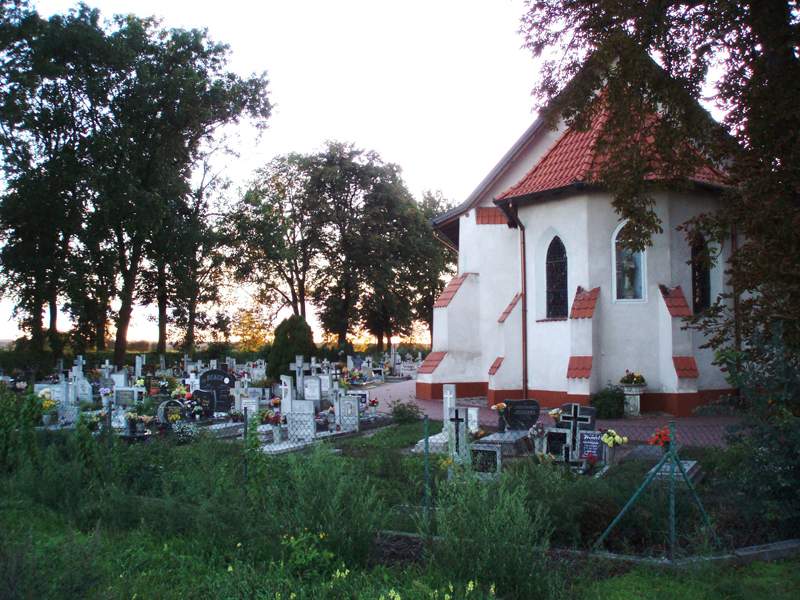 According to the cemetery index analysis in Wielki Lubień, one cannot definitely say exactly how many bodies rest in the current places marked by gravestones.

This is due to several facts:

b) There are 33 headstones in the cemetery, without any type of signboard, therefore it isn’t possible to determine how many bodies are laid at rest in these graves.

c) On Franciszek Babiarz’s (d. 1919) headstone, an inscription is found: “died in the war.” However, in the obituary guide, there is no notation of his death. Therefore, it is accurate to guess that his remains stayed on the battlefield, and this headstone is placed in honor of the fallen.

d) On one headstone, the names of two people who died in Canada are inscribed, although their bodies were not brought back to Poland (this information was gained from priest Józef Kortas). The headstones are therefore typically memorials. It is not known how many bodies of remembered soldiers from 1939 are found in the “Grave for the unknown Polish Soldier.” According to the September 1939 Bydgoski war battle site guidebook, there are approximately 10 soldiers buried in the grave, but their names could not be determined. 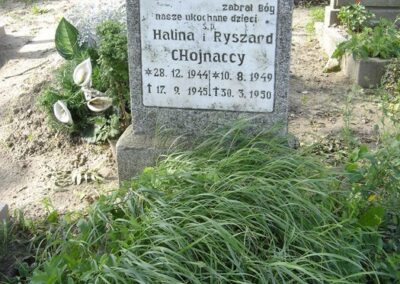 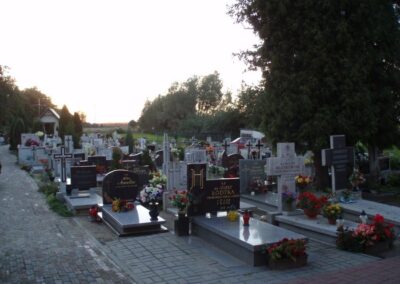 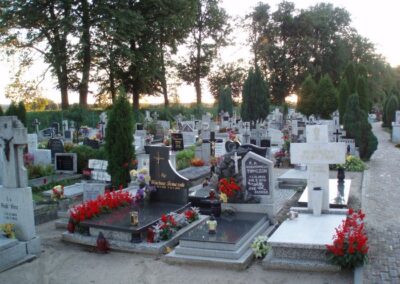 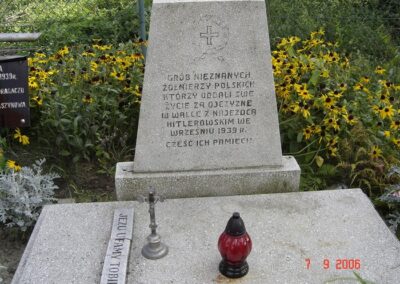 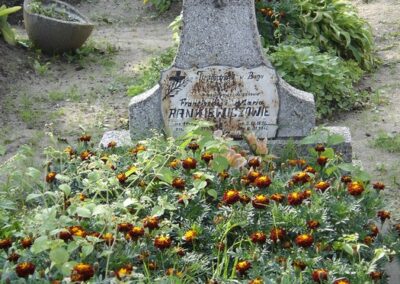 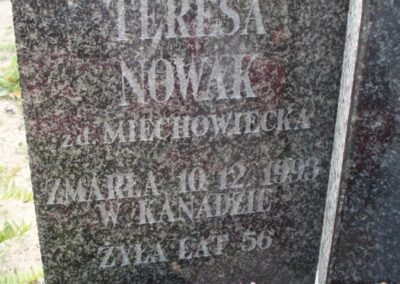 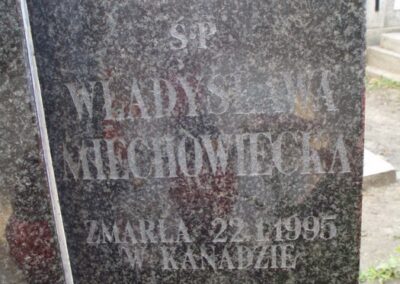